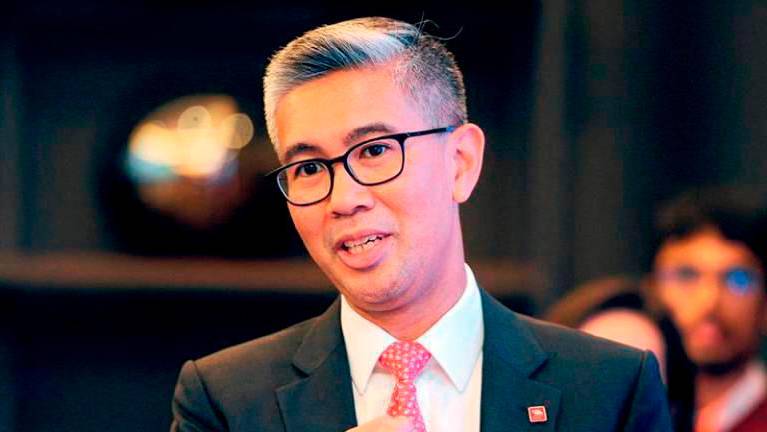 Malaysia is maintaining its Gross Domestic Product (GDP) growth target of between 6.5% and 7.5% for 2021 despite the emergency declaration and the second round of the Movement Control Order (MCO 2.0) enforcement, said Finance Minister Tengku Datuk Seri Zafrul Tengku Abdul Aziz.

“It is still early and we are still in the first quarter of the year. So we are maintaining it (for now) but our forecast is at risk given with (what is happening) during the MCO 2,0.

“It (the GDP) will be at the lower end of our forecast,” he said during an interview with Bloomberg today.

Tengku Zafrul said the stability and persistency of policies were crucial in controlling COVID – 19 and enabling the country to be on this economic recovery path.

The government is committed to supporting businesses and the people as well, and ready to deploy more resources to combat the deadly virus if needed, he said.

“The impact (of loses on the economy) per day during the previous MCO was around RM2.4 billion, but this time around (MCO 2.0), it is about RM700 million per day.

“Additionally, we have also started to implement various stimulus packages that is still ongoing, and the recently approved Budget 2021 and the recent assistance package (Economic and Rakyat Protection Assistance Package or PERMAI) will help to mitigate the impact on the economy,” the minister said.

Asked whether there would be moves to expand the debt ceiling potentially, Tengku Zafrul said the government has no plan to increase it at the moment as the situation is too early to make any revision.

“If we look at where the debt level is today, we will continue to forecast that our debt level will be below the 60 per cent debt ceiling we set earlier on.

“In terms of our stimulus package PERMAI that we announced for this year, the fiscal injection is about RM15 billion, where most of the money will be coming from the allocation under Budget 2021,” he explained.

Updating the progress on the 1Malaysia Development Bhd (1MDB) scandal, Tengku Zafrul said Malaysia had recovered around RM15.4 billion in cash and physical assets that were linked to the strategic development company.

He said Malaysia is committed to securing the remaining assets above and beyond what it has achieved today regardless of the COVID – 19 situation.

“The Malaysian government remains committed to undertaking a responsible and pragmatic approach in the repatriation process that benefits the country and the people,” he said, citing 1MDB debt servicing is already part of the government’s projection under Budget 2021.

Commenting on Joe Biden’s presidential inauguration, Tengku Zafrul expressed hope that the trade tensions between the United States and China would be diffused under the new administration.

“We hope that global trade can function in a more orderly manner under the ambit of the World Trade Organisation,” he said.

The US is Malaysia’s third largest trading partner, accounting for 10 per cent of the total trade in the first three quarters of last year.