Malaysia’s trade rose 26% to RM1.06 trillion in the first half of this year (1H21), from the same period last year, according to the Ministry of International Trade and Industry (MITI).

Exports in 1H21 increased by 30.2% year-on-year (y-o-y) to RM585.56 billion, despite the nationwide full lockdown imposed from June 1, while imports grew 21.1% y-o-y to RM470.53 billion. This was the highest ever half-year value recorded for trade, exports and imports, said the ministry in a statement today.

In a separate statement, the Department of Statistics Malaysia (DOSM) said Malaysia’s total trade in June expanded 29.3% y-o-y, continuing its growth momentum for seven consecutive months in tandem with the global trade performance.

“The opening of economic activities in more countries signified better external demand. Exports in June increased by 27.2% y-o-y, driven by both domestic exports and re-exports, while imports in that same month rose 32.1% y-o-y, outpacing export growth for two consecutive months,” he said.

The DOSM also revealed the final external trade statistics for 2020, which showed that exports amounted to RM983.8 billion, down 1.1% from 2019. 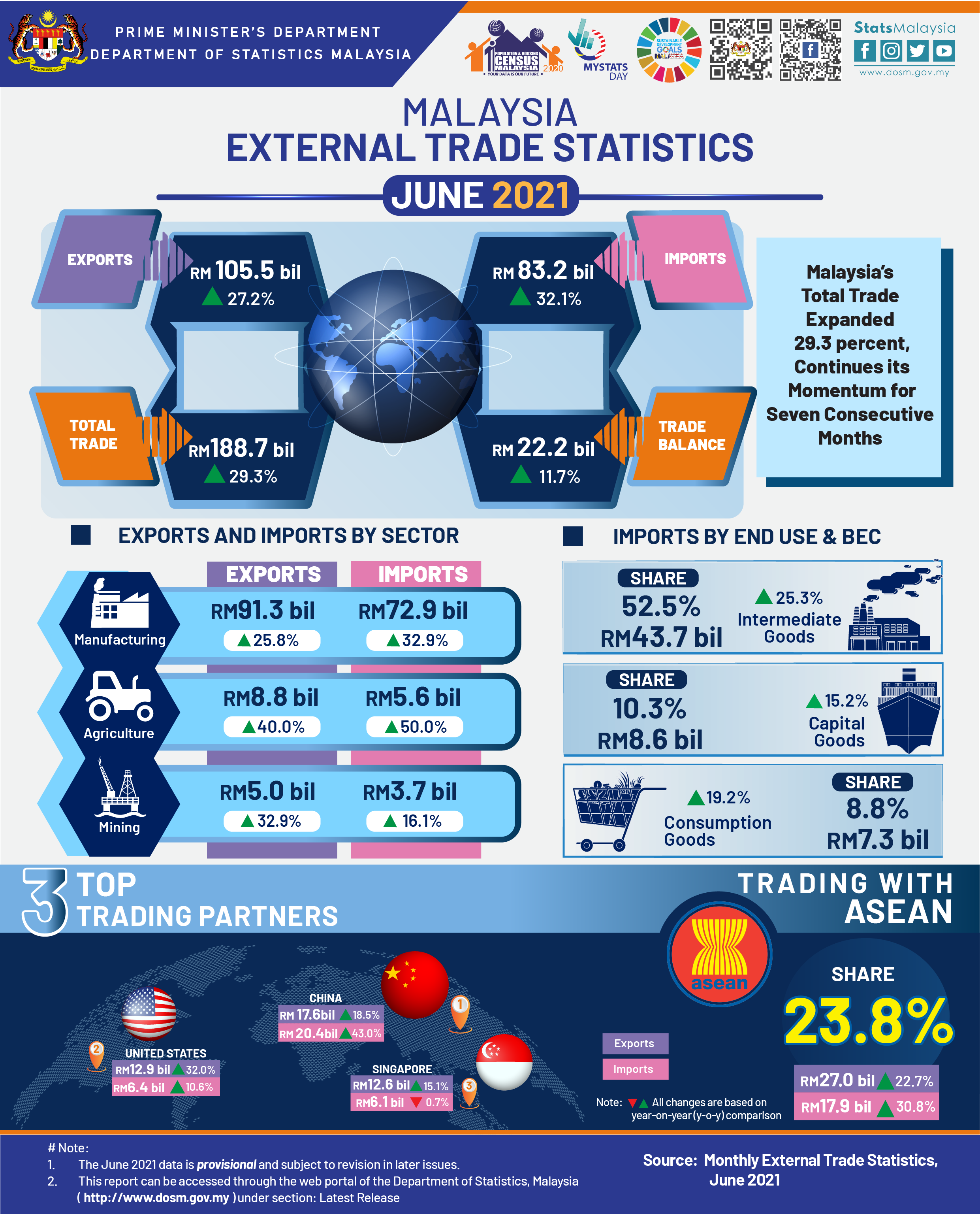