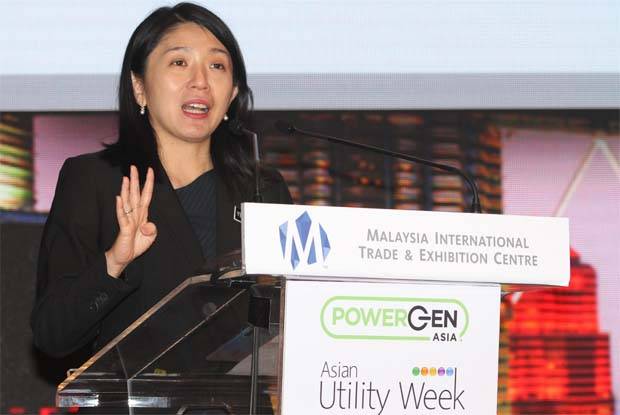 The cost of generating electricity is poised to drop with newer renewable energy (RE) projects because of improvements in technology and the adoption of open bidding for power projects, says Energy, Technology, Science, Climate Change and Environment Minister Yeo Bee Yin.

“We see that for the first time in history, solar power is lower in price than gas power per kilowatt hour (kWh). For the large-scale solar three (LSS3) bidding, which has just been completed, the first four projects which the Energy Commission (EC) had ranked saw bids at prices that were lower than the present gas-generation cost, which is 23.22 sen, ” Yeo said.

Yeo said that the EC is currently carrying out the technical evaluation of the bids that were received for the LSS3.

“It would be from the lowest price to the highest. The upcoming 500MW plant would likely close below 24 sen per kWh, pending technical evaluation. So, this is a very sharp reduction and a very good improvement compared to the LSS2 (a few years ago) due to improvements in technology and open bidding, ” Yeo said on the sidelines of the Inaugural 5-in-1 Power & Energy Series.

“It is important that the government holds open bidding for our projects so that it would be more competitive, and even the private sector would have to offer a competitive rate to win these bids, ” she added.

Yeo noted that the bidders for the latest LSS3 round were bidding lower, with the lowest bid being 17.77 sen per kWh.

“Malaysia is seeing that solar energy is already cheaper than gas generation. In terms of the future, the trend (the cost of generation) for RE is going to go downwards, ” Yeo said. She said that the government would not only be limiting itself to solar power, but also other types of RE to be included in the country’s total energy mix, moving forward.

“We will surely be seeing a more diversified and more competitive generation mix for sure. I would just like to make a comparison, for LSS2, which was announced a few years ago, the lowest price bid was 32 sen. And today for LSS3, we got the lowest at 17.77 sen. And this is a 45% reduction in just a few years, ” Yeo said.

“The more we inject RE into our total energy mix, we would need to solve the issue of intermittency as well and the government is looking into this. However, at this moment, because we have very little RE, injecting it would not cause any problems to the grid, ” Yeo said. “We now have a more diversified energy generation mix, ” she added.

On whether this would translate to lower electricity prices for the consumer in the longer term, Yeo said that electricity costs depended on many factors and that the country was only warming up to RE at the moment.

“Electricity tariffs are highly dependent on many factors.

“For now, two-thirds of our electricity bill is still dependent on coal and gas prices. But in the future, we will be more competitive. If we don’t do anything now, it can go up even further, depending on global prices and it would be out of our control, ” Yeo said.

“Prior to this, solar wasn’t competitive. So then, even if we had wanted to use solar for power generation, it would have raised the tariffs.

“Now, however, it is a lot more competitive and is becoming cheaper than gas to produce (energy).

“So, it is a good time to see how we can increase solar power to the country’s energy mix, ” Yeo added.

She said the government under her ministry would need to further fine-tune and plan energy generation to see how to produce energy more efficiently.

“Solar is still an intermittent energy source, meaning that it is only available in the daytime when the sun is shining.

“We would have to plan forward to use solar in the daytime, while at night we would use gas for power generation, ” Yeo said.

She said that the government is in the midst of planning all these finer details for implementation later.

“I would like to state here that we are prioritising being transparent in implementing these plans for the benefit of the people.

“We will continue to incentivise the growth of green energy to have 20% (from RE sources) by 2025.

“This plan will need about RM33bil of investments, of which some of it would come from the government, public – private partnerships or from private financing, ” Yeo said.